Exactly 1023 (!) days after I first switched on my Nokia N900 (still back in Norway), it stopped working as a phone. It just won’t recognize the SIM card anymore, although other phones think that the card is just fine. This leaves me with an internet and gaming tablet similar to the predecessors of that family.

I was one of the enthusiasts, who spent 600 bucks on the N900 in the idealistic believe that an open phone platform could be a viable alternative to the lock-in world, Apple was creating at the time (and still is, with its iThings). It also seemed to be a good choice compared to the early Android devices available back then. However, from the beginning, I was doubtful that a single non-nerd will buy a phone that was advertised with the slogan raw computing power! I was very pleased with the hardware of the device, which seemed very robust and durable, compared to many other phones. However, with Nokia’s move to Windows Mobile, this was not an option for a replacement. So now I’m a happy owner of a Samsung Galaxy S III LTE, which makes a very slick impression so far. Yay!

BTW: I’m a computer scientist, and don’t tell me that 1023 days is a coincidence! This is exactly the number after which a 10 bit counter (not that anyone [i.e. anyone sane] would be using one of these) runs over. I really have to finish that post about coincidence detection in the brain I drafted some time ago…

And exactly for this reason, I want to take the opportunity and raise my glass to the three new shirts in town (aka the mindzoo shirt shop): 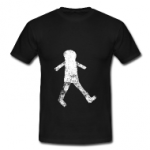 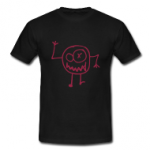 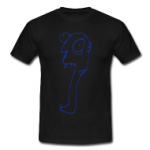 For about one year, I now have this super-light, super-fancy, super-whatnot Thinkpad T420s, which drives me TOTALLY NUTS with its completely broken heat management and the resulting fan noise! But finally, I got thinkfan working thanks to this blog post and this configuration file.

NP: In Flames – Reroute to Remain